It took me so long to write this post. Currently I am still recovering and my emotions are on an all time high. I know of so many women who have and are still dealing with some kind of female issue. And I am one of the thousands if not millions.

Where It All Began!

It all started when I called myself doing something. I had been on the pill for a couple of years, didn’t have any real complications besides headaches, and moodiness. But because I had been on it for a long time, I heard that its good to take a break, and either go cold turkey, or switch to another birth control. Since I am fertile myrtle, I chose to try another birth control. I had weighed my options and discussed it with my OBGYN. She recommended the IUD, or better known as Mirena. I came home and talked to my husband, and he was like umm nah. But then I got in my feelings and was like, he doesn’t tell me what to do with my body!!

The day came and I had the procedure to get the IUD implanted. It was the month of October. I had the normal cramping and spotting for a couple of days. But then I started bleeding non stop. Contacted my doctor and she was like; “oh its normal. Its always a (small) percentage of women who bleed a little more than others and you may be in that category.” Months passed, and I was still bleeding like everyday, and I mean heavy. It was normal for me to wear a super tampon and an overnight pad. She then prescribed birth control pills, still bleeding. January came and she insisted I get the depo shot, they didn’t work. February came and I had a procedure to take the IUD out. When she took it out she found out it already had scar tissue around it. And reassured me my cycle would go back to normal. Well……. it didn’t! So I switched doctors.

New doctor ran all sorts of test. Told me I had a very small fibroid. But it was so small that it wouldn’t really do anything. She also said that I had a polyp and they could be what was causing me to bleed like I was. She recommended I get an endometrial ablation and polypectomy. She reassured me that after this procedure, I would feel like a million bucks. This procedure is when they burn the lining of your uterus. It suppose to stop your periods and prevent pregnancy. SIDE NOTE: It didn’t really hit me that I wouldn’t be able to have children anymore, I was just ready for some relieve. This was the month of May. I had the normal symptoms, cramping, and spotting. ( See a trend here?) This time when my period came on it would last for about three days. But during those three days it was pure H*LL!! I was in so much pain it was unbearable. She placed me on some pain meds. After a couple of months of this BOOM!! The heavy bleeding returned and it was worse. It was like I was pouring blood like water and it would last for like 9 or 10 days. She placed me on birth control, and told me that a small percentage of women periods don’t go away, and that I was included in that small percentage. ( Does this sound familiar or nah?) She then proceeded to say that because of my history with cancer she wasn’t going to touch me again and referred me to a specialist.

Heart Problems? Not Me!

To be honest, this was a dark time for me. I suffered from horrible anxiety attacks, panic attacks, going back and forth to the hospital where they found nothing to be wrong with me. I started to wonder if they thought I was crazy. At this point I was really thinking well maybe I’m imagining this. But NO! I wasn’t settling for that. I hit the bottom when one night, I was driving home from work ( a very familiar route that I took every day) and I got lost. Found myself driving around in the parking lot. Called my husband he didn’t answer. (Why does it seem like when you really need your husband he don’t answer the phone! lol) God was really looking out for me. Out of nowhere my mother in love, who is also my Pastor called. I told her what was going on and she calmed me down and prayed with me and talked me back home safely. During this time, I also wasn’t sleeping well and it was like my heart would flutter and would skip a beat. One time we had to end up calling the ambulance because I woke up and couldn’t breath good and was having heart palpitations. This landed me seeing a cardiologist, and wearing two heart monitors. Come to find out I was having PACS ad PVCS which are irregular heart rhythms. Guess what caused it? The birth control pills I was taking at the time. Within weeks of me halting the birth control it stopped, panic attacks, and irregular heart rhythms!

Third Time Is A Charm Right?

So I switched doctors.. AGAIN! I did my own researched and asked around my workplace for the best Gynecologist. I had an appointment with her and she ran numerous of test and ultrasounds. I told her about my horrific history with the other doctors. She too reassured me that she would get to the bottom of the matter. After the test came back we had a meeting and she told me that I had andenomyosis. To break it down, it means that your endometrial tissue grows into your the uterine wall. This can cause irregular periods, horrible cramps, and pain during sex. Here’s the kicker! If you have this and have a regular ultrasound it will show you have polyps. Tell me what in the world did the last doctor take out during the ablation? She said I had a polyp. In fact, if the last doctor would have ordered a special water ultrasound she would have saw this and NEVER did the endometrial ablation. It actually worsens the condition!!! Wayament!! You read it correctly. I got that endometrial ablation for NOTHING!!The only way to get rid of it was to have a hysterectomy.

Then Comes The Hysterectomy!

I thought about it for the longest. Had it scheduled and had to cancel because my husband started radiation. If you are wondering if I was scared or not oh yea I was. I put it off for as long as I could. It was the month of May when I had my open incision hysterectomy. She ran into complications because of my previous surgeries. She had to end up taking my left ovary. It was covered in scar tissue and a little bit of endometriosis plus it was stuck to my uterus. Plus where she really ran into problems was when she found my uterus was also stuck to some of my intestines. I bleed more than she expected. Also I was only suppose to stay in the hospital for one night. I stayed the entire week, received an iron infusion, and three blood transfusions, had to get a mid-line in my arm because they couldn’t get a vein, and had a small bowl blockage. Yep a mouthful right. That’s not all….

When I got home was when I really caught it rough. To make a long story short. When I got home my legs, feet, and stomach were all swollen. It looked as if I was pregnant. I could’t eat and lost 13lbs and went through so much pain. Not to mention because I wasn’t eating I was dehydrated and had to go get fluids. One thing about me is that I know my body and I know when something is wrong. I had two hematomas in my stomach and one was so big it covered my intestines. Talk about pain, that was the worst pain I have ever experienced in my life. All I could do was scream to the top of my lungs. Looking back I know it was God who got me through. People don’t tell you when you are sick its the mental part that hits you. I was in such a dark place and couldn’t even pray. All I could say was, “I will live!” I repeated that phrase everyday, even when I would break down and cry my eyes out. I thank God I got through that!!! Thank you Jesus!

Are We Finished Yet?

So I went to my scheduled return to work appointment. I was telling the doctor that I wasn’t feeling right and having pain and soreness in the lower part of my stomach. She ordered an ultrasound….. and you wouldn’t believe it! I had a cyst on my right ovary the size of a grapefruit. WHAT!! It was 5.4 cm and they usually do surgery when its 6cm. She told me she wasn’t doing surgery on me again. One method to decrease the cyst is birth control, and you know I can’t take that right!? So the only thing she could do was watch closely. Fast forward to last week, I was developing some more symptoms. Had another ultra sound and I have ANOTHER cyst!!!But I did find out that the large cyst had gone down a little. So currently I am on a special medication to shrink the cyst. It has its side effects which I’m dealing with now, but I still remain hopeful! Keep your sis in your prayers for healing.

Be Your Own Advocate!

I said all of that to say, be your own advocate. No one knows your body like you do. I don’t care if its a little ache here or there, go get checked out and don’t leave the doctor until you have had every test under the sun. I also know this could help someone whose reading this, maybe you have been having issues and you haven’t gotten checked out. Go get yourself seen by a doctor and tell them everything you are experiencing so you can get the help you need. And as far as birth control, I am not saying don’t use it, but what I am saying is talk to your doctor about which one is best for you. This will involve numerous of test and some research on family history. Self care is the best care and it starts with your health sis! 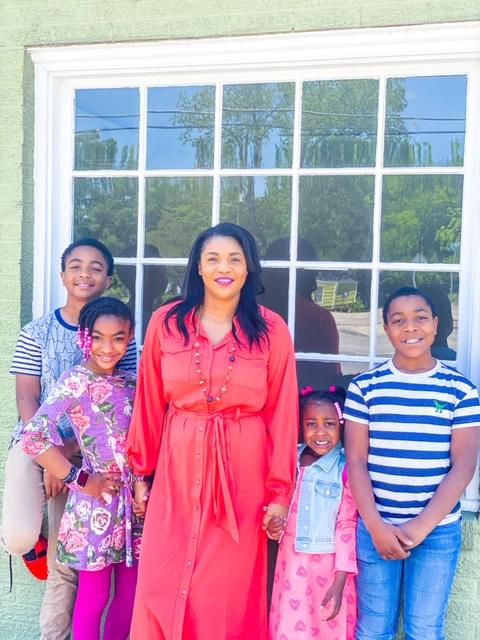 Southern Millennial cancer survivor living a blessed life. Sharing my light and life as a wife and busy mom. Giving women inspiration and hope each day. Connect with me! Asst@tamronlittle.com